Strength and conditioning for NFL clubs start around mid-April. Organized team activities, which are 10 voluntary sessions with drills that get the players ready for minicamp, started a few days ago for all the teams. The Chiefs essential defensive end, Chris Jones, has not shown up to either. Jones is in the third year of his rookie contract and is looking to acquire an extension that will bring him life money. Jones has not shown any signs of threatening to sit out during the regular season, but no one knows what he could be planning to do. Skipping OTAs is a common thing nowadays for elite players looking for new contracts, but few take it to the level of skipping mandatory workouts and preseason. 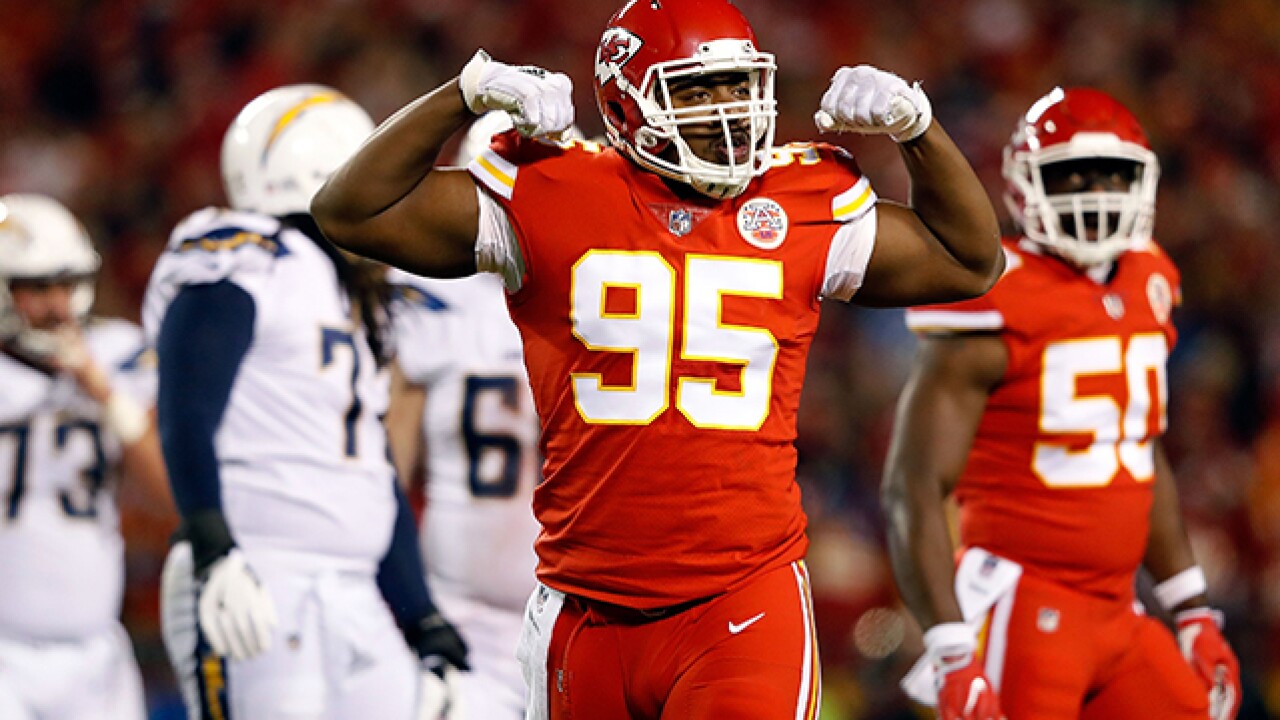 In 2016, the Chiefs drafted Chris Jones using their second-round pick with hopes he could bring a new generation to the Chiefs aging defensive line. The 6’6″ 310-pound beast had his doubters but proved most of them wrong with a solid rookie season. Jones’s was not playing to his full potential in 2016, but he was one of those players where the personality showed on the field. He was always looking to get the crowd pumped and fans could see he was always up for a challenge. If you are not convinced of his upbeat personality, here is a clip of his first NFL moment.

His rookie season apparently showed the Chiefs enough to believe in him for the future because they let go of their long-tenured defensive tackle Dontari Poe in the 2017 offseason.

Jones came into 2017 with the defensive line relying more on his play. Jones had 6.5 sacks, 4 forced fumbles, and one interception, all more than his solid rookie season. Jones was establishing him as a fan favorite and an exciting player to watch.

Coming into 2018 Jones gave himself the highest expectations saying, “I want to lead the league in sacks”. He did not quite reach that goal but had a fantastic season for any type of pass rusher. Jones had 15.5 sacks, 19 tackles for loss, 29 quarterback hits, and added a pick 6. He also did something no other NFL player has ever done. Jones broke the record for consecutive games with at least one sack(11). Chris somehow managed to be snubbed of a pro bowl again but made a second team all pro.

Number 95 has been a bright side to a pathetic Chiefs defense over the past two seasons causing him to rightfully think he should be paid like a top 5 defensive lineman. Jones would be looking for 15-18 million dollars a year. This would drain the Chiefs cap money right now so I do not expect a deal to get done before minicamp, but an extension should defiantly be brought up during the season or right after. Jones is still working out at his home town right now so he will still be in shape for the mid-June mandatory camps. A real problem would only arise if Jones begins to skip those camps.