Dwayne Haskins doesn’t look very good and the coaching staff is in way over their heads.

They showed some hope against a decent team on the road.

Fitzmagic’s two game-winning streak is over with a blowout loss against the Bills at home.

This team has completely fallen apart after Danny Dimes comeback win in his first start.

Denver blew their 5th 4th quarter lead this year. They could be in a lot better of a position but the Broncos can’t close games out.

There is a glimmer of hope in New York as Sam Darnold had his best performance of the year.

The Buccaneers have talent and are well-coached but are torn down by a tough schedule and a quarterback with Bi-Polar play.

The Lions had a hopeful start to the year but their season is just about done with Matt Stafford’s injury.

The Bears are the league disappointment of the year. The defense is still elite but the offense is pitiful.

The Cardinals have stayed competitive with good teams this year but are unable to produce 4th quarter offense. This is a fun team that should win a few more down the last stretch of the season.

The guy they payed 88 million to came back last Sunday and they lost by 3 possessions to a divisional rival. Not good for the fans down in Jacksonville.

The Browns are on a two-game win streak but will be without their star defensive lineman for the rest of the season. It’s gonna be tough for the Browns to make wild card push. 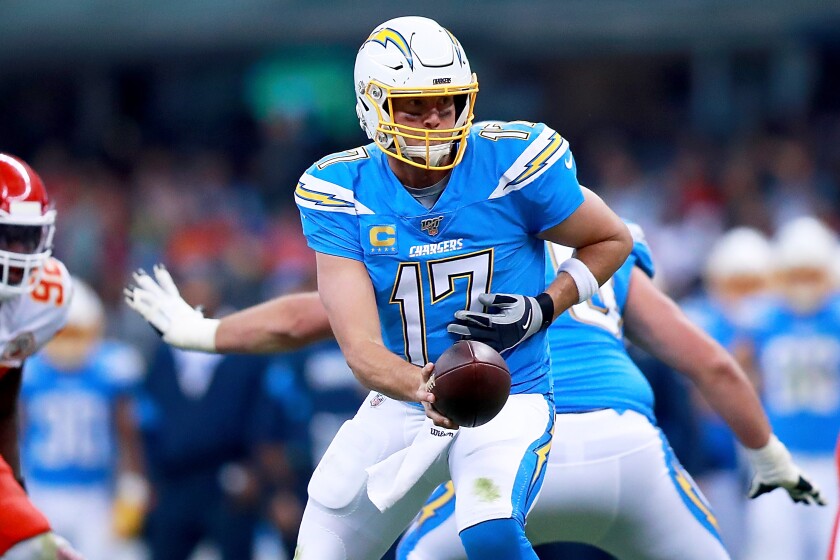 The Falcons look like a completely different team coming out of their bye. Two dominant wins on the road against division rivals. Falcons fans are just wondering where this was before their season was over.

Teams have figured out Kyle Allen and the Panthers defense can’t stop above-average offenses. It looks like the Panther’s playoff hopes are over.

All 7 of the Chargers loses have been by one possession. Phillip Rivers has thrown 7 interceptions in the last two games. The Rivers era may be over by the end of the season.

Without JuJu and James Conner the Steelers got smacked around on Thursday night but they should be able to get things back on track with a favorable schedule down the road.

The Raiders have had the 4th easiest schedule in the NFL this year and they have capitalized on it greatly. We will see what this team is really made of when they go to Kansas City in a few weeks.

The Titans should have all the confidence in the world right now and are only a game behind in the division. Don’t forget about this team when talking about winning the AFC South.

Rightfully so there is nothing much to be impressed about with Buffalo. Along with the Patriots the Bills have had the easiest schedule in the NFL and its gonna hurt them when they have to start going up against contenders.

The Eagles defense had their best performance of the year last week but the offense was shut out in 3 of the 4 quarters. This team has to find a consistency if they want to return to being a playoff caliber team.

The Rams have so much talent but have not been able to put it all together yet this year. They are hanging around the 6th seed right now and will have to get Todd Gurley going if they want to make a playoff run.

Last week showed that the Texans have not changed from years past. They still can’t beat elite teams late in the season. Expect another early playoff exit from this team if they even get there.

The Colts control their own destiny the rest of the way as they have the tiebreakers against their division opponents. If they win this upcoming Thursday you should pencil them in as the AFC 4th seed.

The Cowboys haven’t proved that they can beat a top 10 team yet, but they have the talent to make a deep playoff run.

Kirk Cousins is playing the best ball of his career and the Vikings have all the momentum in the world following their 20 point comeback against the Broncos. The one question that remains hovering over this team is, can they go on the road in the playoffs and win?

The Chiefs defense is starting to get things going and the offense is still doing its thing. Expect the Chiefs to go on a streak following their bye week.

For the first time in the second Patriots dynasty, I think Brady and his offense will be the downfall of this defensively carried team.

Saints came out and took care of business last Sunday the week after they got embarrassed at home the past week. Saints arguably have the best team talent-wise since Drew Brees came to New Orleans and they are gonna have one last chance to get him another ring.

You can’t deny it now. The Baltimore Ravens are the real deal and Lamar Jackson is playing even better then Micheal Vick in his prime.

Everything is clicking with this team. The defense is a top 10 force and they got Aaron Rodgers leading the offense.

The 49ers had a comeback win at home against a divisional rival that has given them troubles in past years. This will only bolster their confidence heading into the playoffs.

Russell Wilson is this years league MVP and the Seahawks are now rested coming off a bye. They have the 49ers coming to town in a few weeks and that will ultimately decide the NFC 1 seed.

Sports have this power in our society that allows them to bring people together like nothing else. Whether you’re watching, playing, or even reminiscing, there […]